When you think Texas blues-rock, you think Van Wilks’. There are few names that have lasted and flourished within the Texas music scene like Wilks. Fads come and go, but Van Wilks is here to stay. Influenced heavily by the British Invasion, Wilks began to hone in on his sound early on. He moved to Austin in the early 70s, a time when guitar was defined by volume and power. Combining previous influences and his own style, Wilks brought his guitar muscle and class to the people of Austin through his popular band, Fools. Wilks’ distinct and unique ability caught the attention of many notable industry names, including ZZ Top manager, Bill Ham. In 1979, he signed with Mercury records and released his first record, Bombay Tears, in 1980. With guitarist Van Wilks, Dave has performed around Texas at many venues, events and festivals including the Dallas International Guitar Festival, SXSW, Gruene Hall, South Padre Concerts By The Bay concert series, the Republic of Texas Biker Rally kick-off party and the Stevie Ray Vaughan Remembrance Ride & Concert.

Enjoy LIVE music, good eats from CraigO’s pizza, specialty cocktails and mocktails, yard games and more! With 15 acres of views and fun in the beautiful Texas hill country, there’s something for everyone… Bring your pack! Open Fridays 4-8, Saturdays 12-8 and CLOSED Sundays. 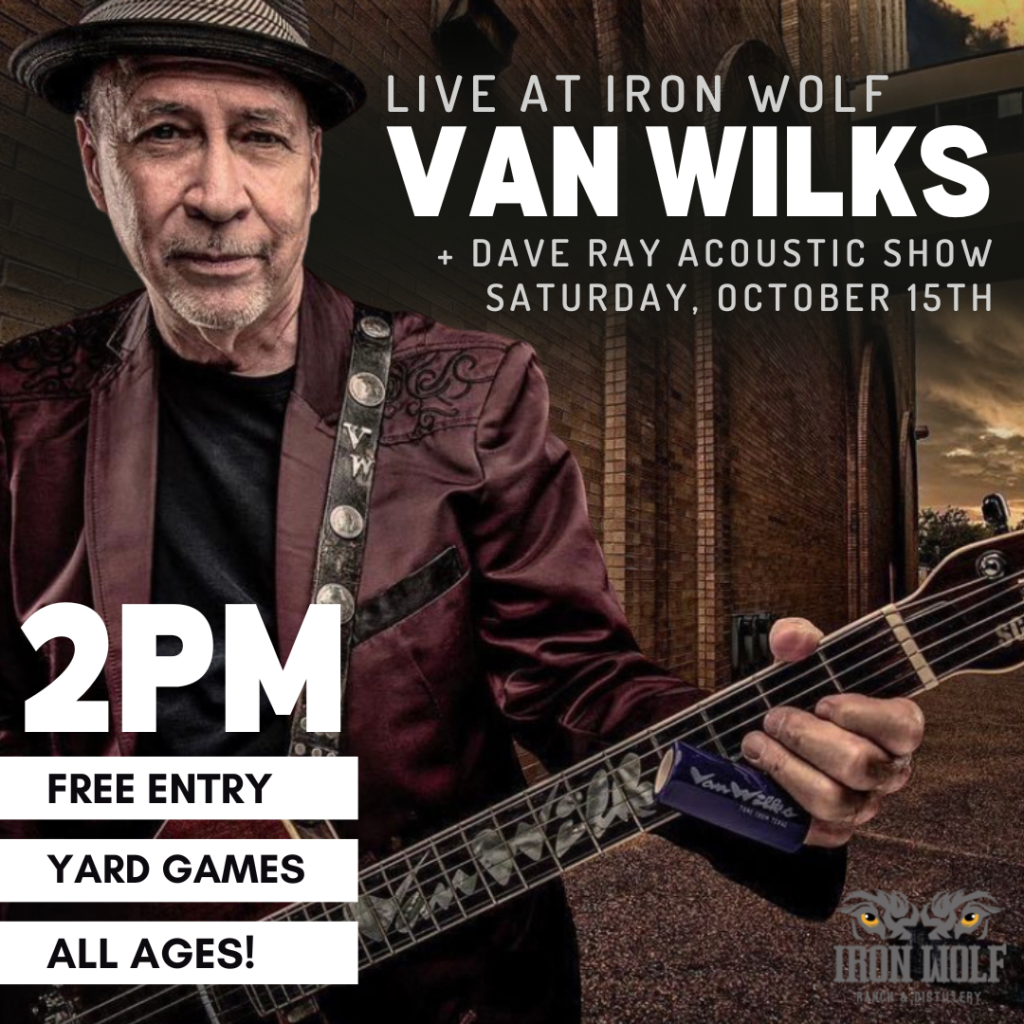